STORE [music] please contact me to make a purchase

"Blindness" DVD - $15.00
PREVIEW
Written by Christopher Shultis in 1994 and performed by Erica Jett at the 2004 Percussive Arts Society International Convention in Nashville, TN. The composer deemed Erica Jett's performance as the standard for anyone else wishing to play it and requested that the filming of Erica's performance be used as a model for others. MORE INFO... 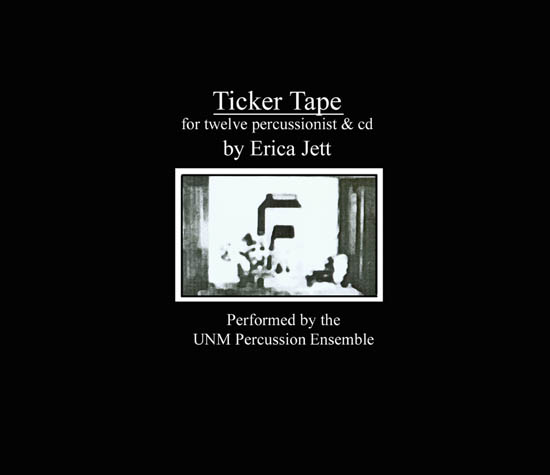 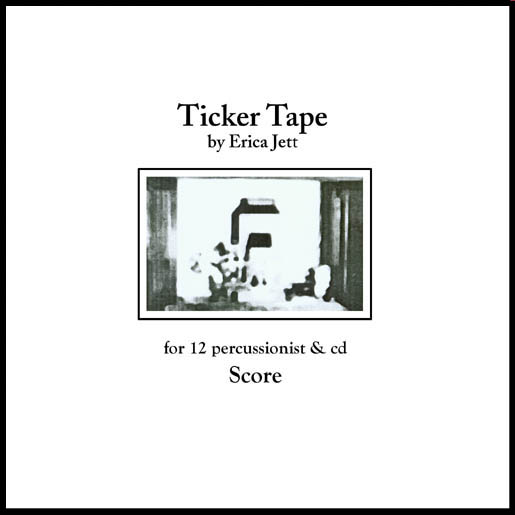 "Ticker Tape" - Full Score, Parts, & Accompaniment CD - $200.00
Ticker Tape is a percussion ensemble piece for twelve players and CD that is a mathmatical, musical representation of the 1929 Stock Market Crash. One stock is assigned to each of the twelve players as the stocks rise and fall over the course of thirty-four days selected from 1928 to 1932, which were chosen based on significant and record-breaking dates prior to and after the Crash mentioned in John Kenneth Galbraith's, The Great Crash of 1929. MORE INFO...


The accompaniment CD that Erica designed employs quotes, music, and sound effects from politics, current events, entertainment, film, and literature between 1928 and 1932. Erica can be hired to mix the CD live during the performance, as was done for the premieres, or the CD can be played as is for your performance. The duration is approximately 17 minutes. 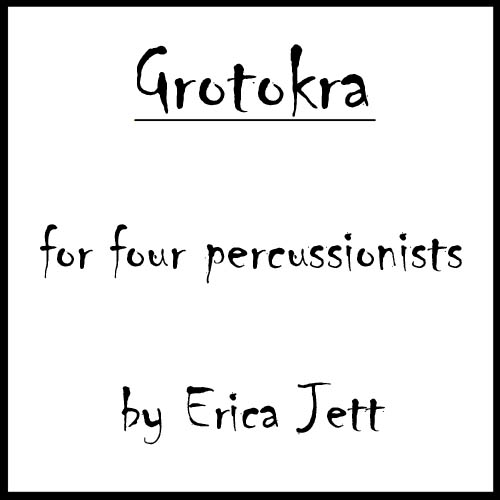 "Grotokra" - Full Score - $50.00
Written by Erica Jett in 1998, "Grotokra" for four percussionists is written in three continuous sections based on Erica's experience as the Percussionist with Theater Grottesco's original production, "The Angel's Cradle" from 1997-1999. Much like Chinese Opera, Erica's role was to be heard throughout the show but never seen until the curtain call. The unconventional instrumentation stems mostly from the instrumentation of the show which was a collaboration between sound designer JA Deane, the actors/artistic directors, and Erica. However each section also abstractly represents three cities from the tour: Albuquerque, Minneapolis, and Detroit.

"Grotokra" was premiered and recorded in 2001 by Cibola High School's percussion ensemble in Albuquerque under Erica's direction. A great piece for an advanced high school or beginning college level percussion ensemble. Duration is approximately 5 minutes. Performance notes and instrument explanations are included.

A cart and checkout system will soon be put into place.
In the meantime, please contact Erica for ordering, shipping, and payment information. Thank you.